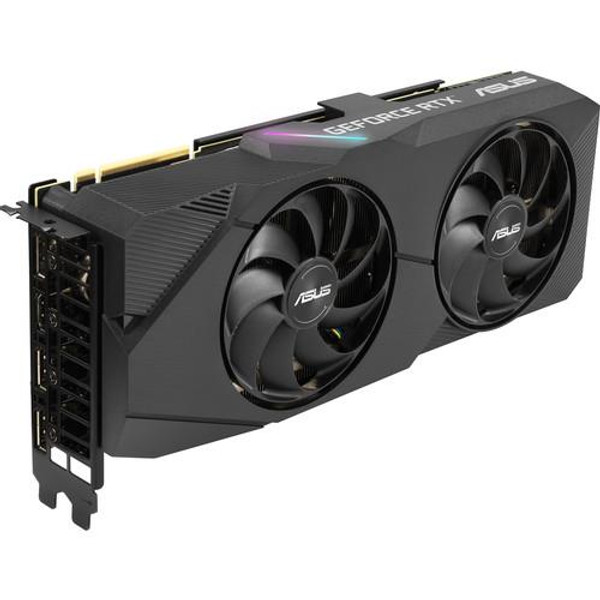 Delivering the latest NVIDIA Turing™ gaming experience in its purest form, the ASUS Dual GeForce® RTX 2080 SUPER™ EVO melds performance and simplicity like no other. Axial-tech fans propel air over a huge heatsink and Auto-Extreme Technology ensures all-around reliability. It's the perfect combination for a powerful plug-and-play experience.

An advanced onboard controller brings fans to a standstill when the GPU core temperature is below 55 Celsius, letting you enjoy light gaming in relative silence. As temps rise past the threshold, the fans automatically start up again.

The PCB is reinforced by an aluminum backplate that adds structural rigidity, helping to prevent PCB flex and protect components and trace pathways from damage.