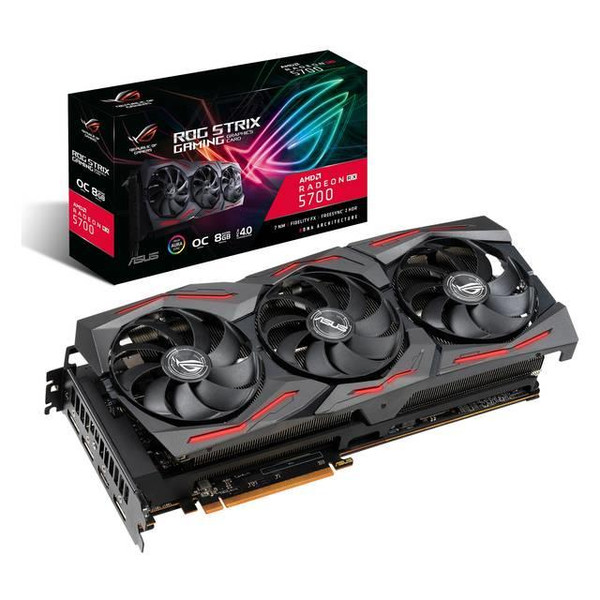 1440p is the new sweet spot for mainstream gaming, and the ROG Strix Radeon™ RX 5700 packs everything needed to churn out decent frame rates in all the latest game titles. Components on the surface of the PCB are precisely soldered with Auto-Extreme Technology and the GPU chip is cooled using MaxContact and a beefy heatsink. On top, three fans leverage our new Axial-tech design, which surpasses our own industry-leading fans from the last generation. In-between those layers are a myriad of additional features designed to make the most of AMD's RDNA architecture.

An advanced onboard controller brings fans to a standstill when the GPU core temperature is below 60 Celsius, letting you enjoy light gaming in relative silence. As temps rise past the threshold, the fans automatically start up again.

Do you prioritize low core temps or low noise levels? Performance mode will let the fans spin up to keep the card running cool all the time. Quiet mode keeps the same power target and top-end settings, but offers a less aggressive fan curve for quieter operation at medium temps. For even more customization and control, check out our GPU Tweak II software.