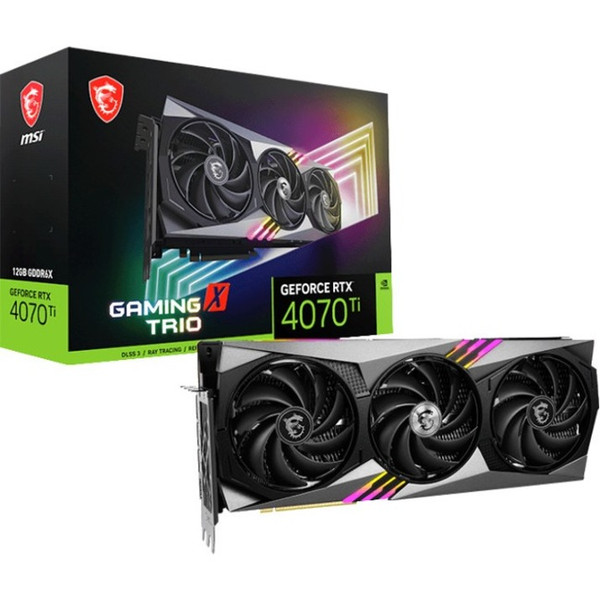 Play with style! GAMING is upgraded with TRI FROZR 3 to sustain intense performance during gaming and content creation.
A high-speed style matches high-performance capabilities for gamers who want to go all out.

MSI envisioned the GAMING series as the favored graphic cards solution for all sorts of gamers, including adventure seekers, esport competitors, livestream broadcasters, and more. GAMING reflects both the spirit of gamers and the intense performance within the cards with a styled exterior that erupts with colorful lights between bold lines and edges.

TORX FAN 5.0 is a culmination of fan design improvements to increase the air pressure and flow into the heatsink. Ring arcs link three sets of fan blades that tilt 22 degrees together to maintain high-pressure airflow even at slower rotational speeds. The resulting increased airflow is +23% compared to an axial fan.

A fan cowl extends a bit beyond the general enclosure to lengthen the wind's passageway, allowing airflow to stabilize and move smoother through the fans. Bulging notches under the cowl help to reduce recirculation, thus further improving airflow stability and reducing some noise.

The solid nickel-plated copper base is CNC machined from a single piece of metal. Precision cuts and no welds allows heat from the GPU and memory to be immediately captured by the copper baseplate and then rapidly transferred to the heatsink.

Core Pipes are precision-crafted to make maximum use of the available space. A squared section of heat pipes fully touch the GPU baseplate and spread the heat along the full length of the heatsink.